Jen landed her first personal finance assignment the week Lehman Brothers collapsed. Since then, she’s written about how to navigate through the personal finance world, from the best places to park your money to when bankruptcy might be the only option. She writes a “Stupid Bank Fee” column for bankaholic.com, and is a regular commentator on Marketplace Money for American Public Media. 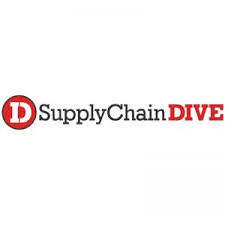 Dan Pashman wanted to create his own pasta shape. After years of dreaming that he’d be the guy to add a new kind of pasta to your grocery store’s selection, and then reporting on the quest through his podcast “The Sporkful,” he was ready to launch cascatelli (from the Italian word for waterfall, which the pasta shape resembles) into the world last year.

Then he ran into the COVID-19 pandemic.

What started out as a rush to find toilet paper in March 2020 has turned into a full-blown supply chain crisis. Everything from lumber to kitchen appliances to cars to hotel mini-shampoo bottles is in short supply.

Welcome to winter, my favorite time of year to run! No sweating through my running top, no sun trying to burn my scalp — well, at least here in New Jersey.

Here’s why your credit card will look different this week

In the last year, Moira Cannon became a fraud magnet. She was hacked four times: once through Paypal, once through her grocery store, and twice through online shopping.

“It was such a pain in the butt,” she said. “You have to track down what’s going on, you’re on the phone with your bank. Then you’re out that money until you can recover it, and you have to wait for a new card. It’s very annoying.”

Banks, retailers and credit card issuers hope that Cannon won’t be put through that rigamarole ever again. On Oct. 1, we’re becoming a chip nation.

How an App Can Help You Get a Mortgage

You may not be applying for a mortgage from your smartphone just yet, but it can help you out big time during the homebuying process.

Should you use a money transfer app?

No cash to pay that dinner check? Instead of running to an ATM or waiting to pay your friend back later, you could use a smartphone app to settle up with her right now.

Running down student loan debt while on a budget

When Meghan Loftus graduated from Syracuse University, she made a series of life choices that helped her to reach a big financial goal long before she turned 30.

She paid off all of her student loans in four and a half years instead of the original 10-year loan term.

If you’re receiving unemployment benefits through a prepaid debit card, you’ve got to pay close attention to the fees you’re being charged to access that money.

A recent study from the National Consumer Law Center found that most of these cards are littered with what it calls “junk fees.”

Pull Together Your Downpayment

Most home buyers need a down payment of 3.5% to 20% of the purchase price to qualify for a mortgage. A few can still get away with putting no money down through one type of government-guaranteed loan.

A few may have to come up with more than 20% to buy very expensive homes or condos in overbuilt markets burdened with foreclosures such as Miami. But most buyers will fall somewhere in between the extremes, which is good.

Get Cash for Your Clutter

Admit it: You have too much stuff, whether clothes spill out of closets, toys fill your basement or you can’t actually park your car in the garage. You’re not alone. Americans spend $20 billion per year on storage units, according to the National Storage Association.

If you’re sick of the mess, or want to stop spending money to store stuff you don’t use, sell your junk.

Six Ways to Protect Your Credit Cards While Traveling

Vacation should be about one thing: relaxing. If your credit cards are stolen, though, you’ll spend more time in your hotel room undoing fraud than lying on the beach sipping a drink decorated with a tiny umbrella.

Lost or stolen wallets, checkbooks, credit and debit cards make up 43 percent of all fraud cases where the person knows how their information was stolen, according to Javelin Strategy & Research’s 2009 identity fraud report.